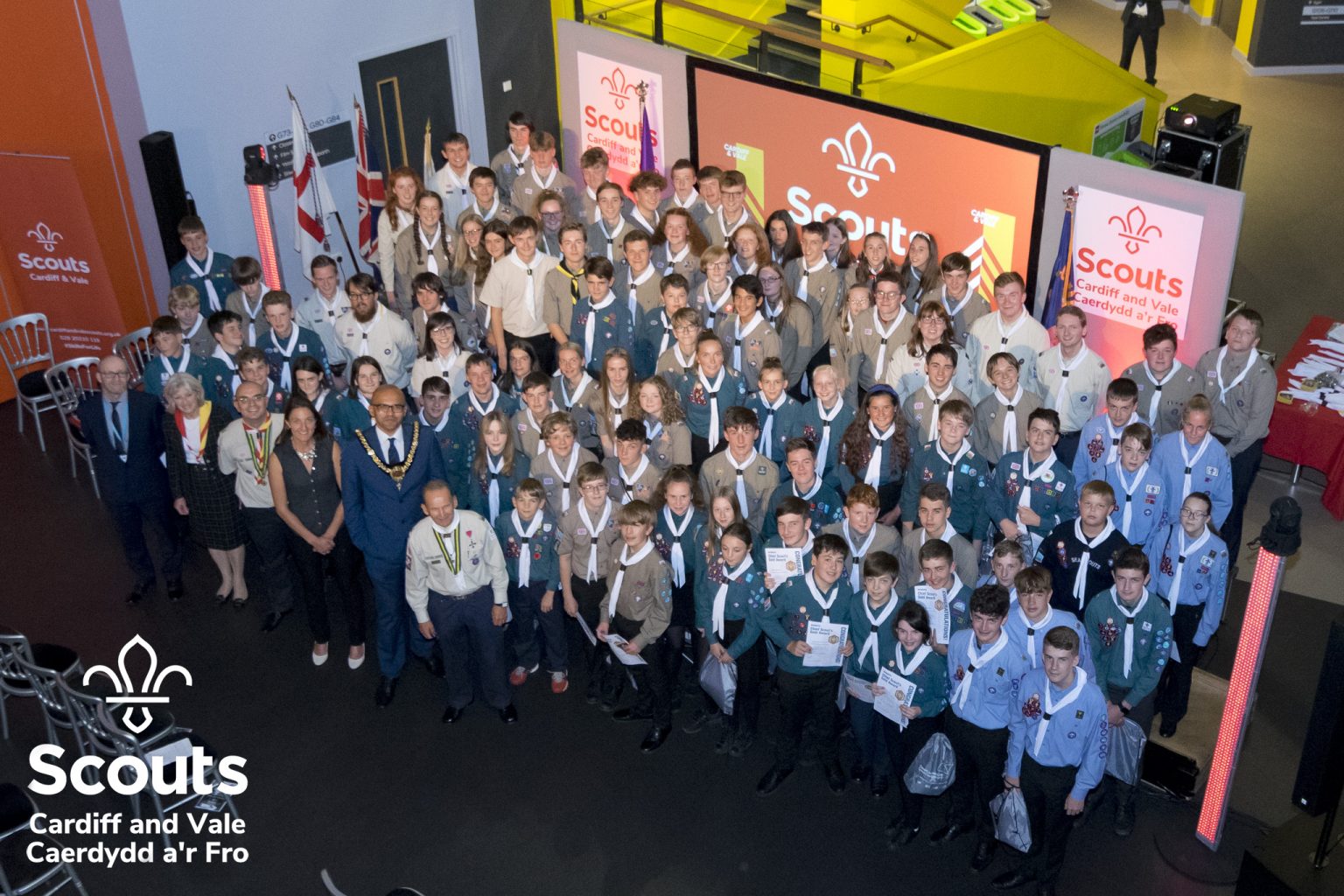 The Lord Mayors Own Scout Troop is made up of Scouts from the Area who had achieved the highest awards for their section.

Members of the troop are presented with a white Scout neckerchief which has the City Crest embroidered on the point and presentations take place on an annual basis. Those who achieve the Queen Scout Award have an additional gold bar above the City Crest.

These presentations have taken place annually for over 10 years and to-date over 1,000 young people have had the honour of joining this unique troop. 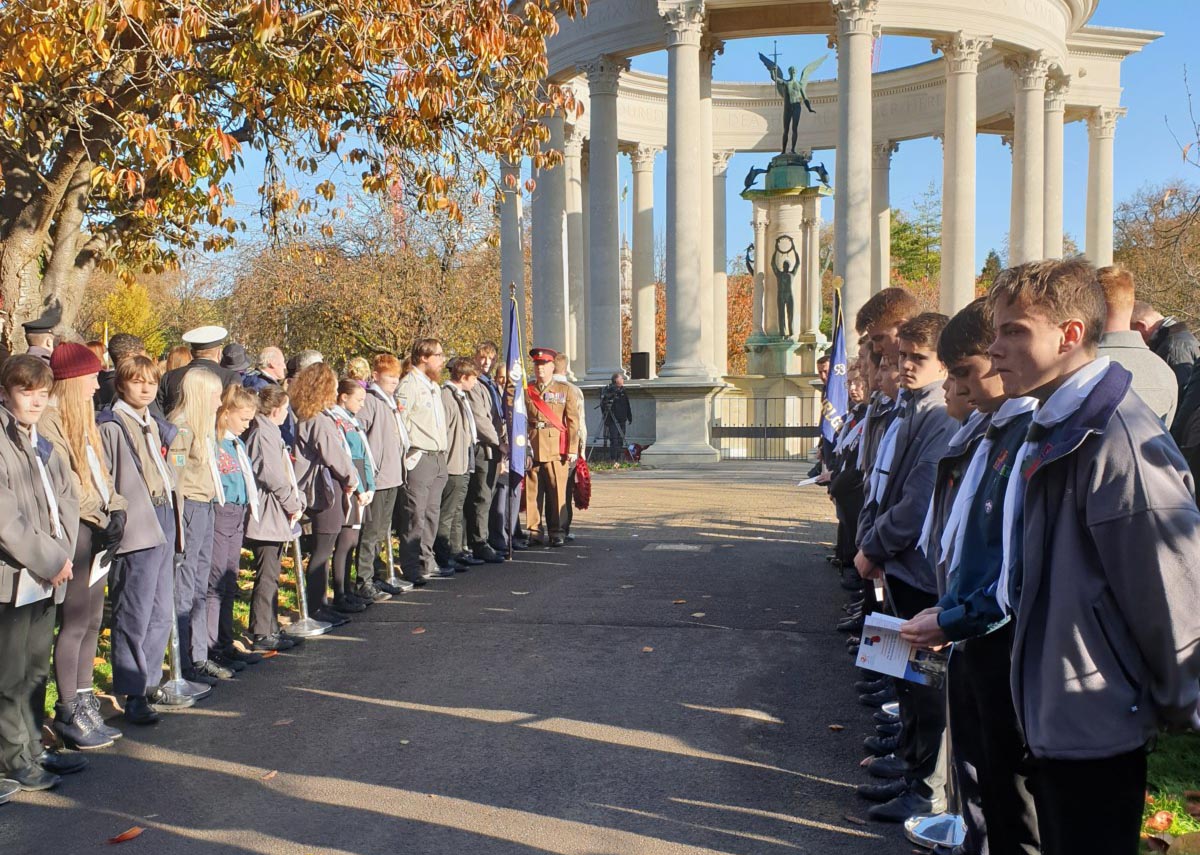 The Troop is available to support the Lord Mayor when ever they are requested to assist. There are some standard dates, which include Remembrance Day parade, Civic Carol service, Holocaust Remembrance service. The Troop has been on duty for Royal occasions and freedom ceremonies and other anniversary parade.

Being part of the Lord Mayor’s Own has allowed young people to be part of the history of the history of not only the City of Cardiff but the Capital city of Wales. The Troop have been on duty for some memorable occasions, even historic. The Lord Mayors Own were presented to the Queen at Cardiff Castle on the opening of the Welsh Assembly on 26th May 1999. To name but a few of the more historic duties and the troop has turned out for the annual Remembrance Service each November since 1994.

History of the Lord Mayors Own

The following extract is from Michael Lieven’s book “Senghennydd the Universal Pit Village 1890 – 1930. Published by Gomer Press 1994. The Universal Mine was a gassy mine, it was also a dry and dusty mine and there had been accidents there previously. In 1901 there is recorded a previous explosion in the mine. 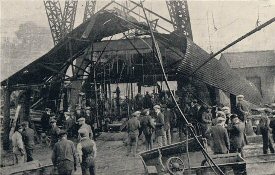 Chapter 10 – ‘On the 14th Oct 1913 very early in the morning fireman (safety man William Chidsey went down the pit to carry out his duty as a fireman for the MAFEKING district in the west side of the underground workings, other districts were named, Kimberly, Pretoria, and Ladysmith. The mine owner Sir William Lewis – Lord Merthyr was very patriotic person.

It took William Chidsey about 40 minutes to walk to the Mafeking district, he then had to inspect all the workings and return to the surface before the miners were able to go underground. The miners, both men and boys, started work at 6.00am and on the 14th Oct 1913, by 7.00am some 500 miners were in the West side of the Universal Pit. They were working at full strength because they were paid by how much coal was dug during the shift. At 8.00am there was an explosion, followed minutes later by an other one and a fireball which ripped through the underground mine workings. Over 300 miners from the Mafeking region died and rescuers were still removing bodies weeks later, some even discovered a year later. ‘

The 14th Cardiff Scouts were involved in helping at the scene by running messages, serving in the soup kitchens etc, and when their exploits came to the notice of the Lord Mayor of Cardiff, who was heading the Disaster Fund (so I understand), he recognised their service to others by adopting them and they became known as the 14th Cardiff Lord Mayor’s Own. When the Group was disbanded in 1954 their Colours, that had been presented to the Group by the Lord Mayor were returned to the City Council and put into storage in the City Hall.

In 1994, the then Lord Mayor of Cardiff, Councilor Ricky Ormand came across the Colours and he asked for some background. The then Scout County Commissioner Philip Nicholls and the Lord Mayor, Councilor Ormand agreed that the Troop should be reformed as the Lord Mayors personal guard of honour for ceremonial occasions. 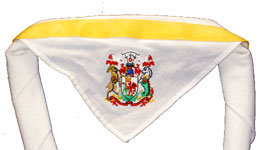 Those Scouts invested into this special troop have reached their highest sectional awards, and as a sign of their achievements they all were the now distinctive White Neckerchief (scarf) which has the City Crest embroidered on the point. Since the reformation of the Troop in 1994 the Troop has grown each year with the Annual Awards evening hosted by the Lord Mayor and the City Council.

The Standard presented to the original 14th Cardiff can be dated back to 1921 as we have a photograph of the Troop and their flag with the Lord Mayor and the Founder of Scouting Lord Baden-Powell taken on the City Hall steps. We believe that the flag dates back to 1913 and is still used for all occasions, it is on permanent display in the sitting room of the Mansion House. 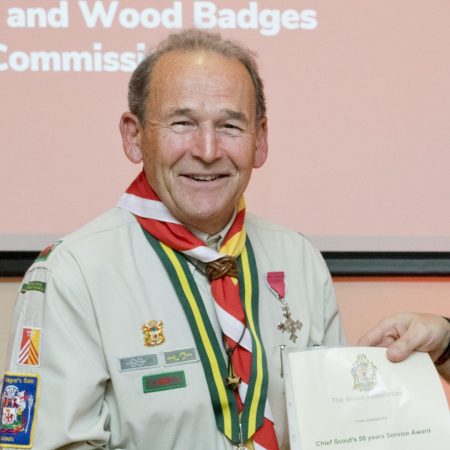 We use cookies on our website to give you the most relevant experience by remembering your preferences and repeat visits. By clicking “Accept”, you consent to the use of ALL essential cookies. You also have the choice to enable non-essential cookies to enhance your experience in the settings.

Any cookies that may not be particularly necessary for the website to function and is used specifically to collect user personal data via analytics and other embedded contents are termed as non-necessary cookies.

Performance cookies are used to understand and analyze the key performance indexes of the website which helps in delivering a better user experience for the visitors.

Analytical cookies are used to understand how visitors interact with the website. These cookies help provide information on metrics the number of visitors, bounce rate, traffic source, etc.

Advertisement cookies are used to provide visitors with relevant ads and marketing campaigns. These cookies track visitors across websites and collect information to provide customized ads.

Other uncategorized cookies are those that are being analyzed and have not been classified into a category as yet.

third party
SAVE & ACCEPT
Powered by